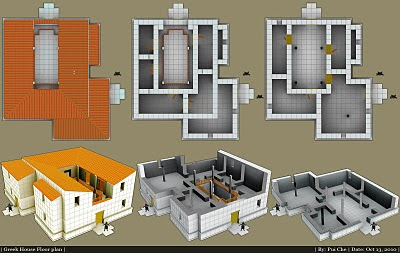 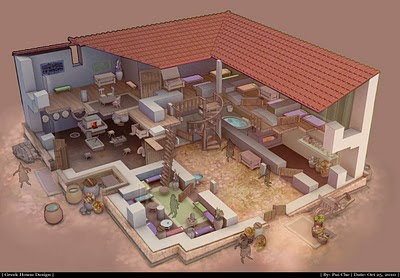 Finally got everything back together, and I got the ok from the client to post this up:
-The the house over-paint with a base 3D model along with a simple Ambient Occlusion baked in then meticulously post-production in Photoshop.
-The first to many to come, will update.

1. I began with making 10X10 centimeter size on a plain, so if a plain is 300X200 centimeter's big, it would have a 30X20 square grid on the bottom.
2. Using something like 10- instead of 8 or 89 or 56 number is better in that its easier to keep track of, and you can go halves, and halves of 10 without too much mess.
3. Take Advantage of max's snap to vertice feature, so any assets and object you create can be move around in the organized grid system.
4. With the layer manager, i had most of the general assets place in their general layer, that way you can toggle on/off, and find the assets easily
5. Next I do some simple unwraps of the assets, and Ambient Occlusion them, tutorial should be up everywhere on the how tos on these two things.
6. Find a good camera angle you wanna render the darn thing in, and you can with lighting/base/light/flat lighting.
7. then bring the renders/screenshots into PS and work in the paint over of objects that are either more efficient to just paint in, adjust better lighting, purtier lights, throw in effects, and bam. Done!

The above process of the Greek house took me 8 days to do ^^;;, you can easily do it better and faster. 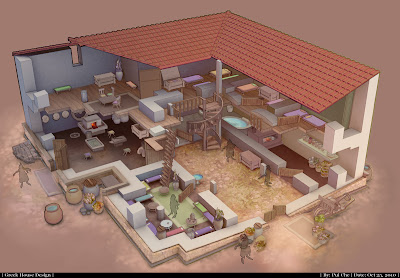 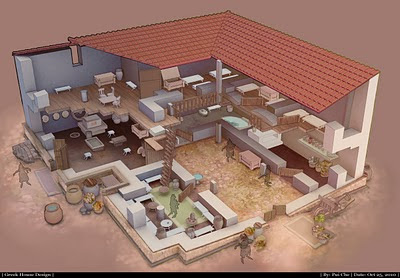 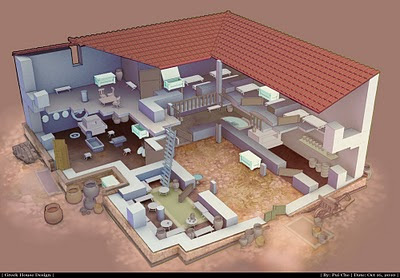 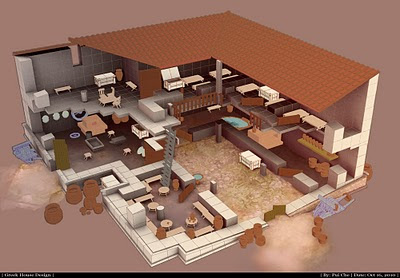 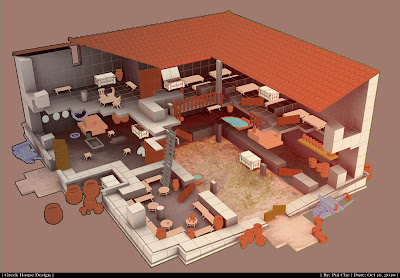 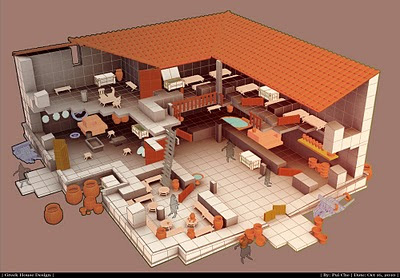 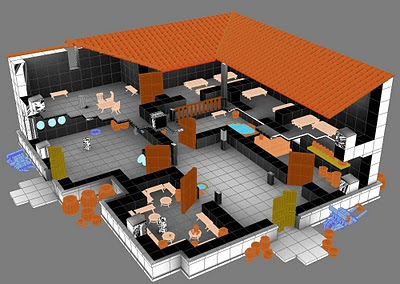 | Be Inspired, be perspired! |